Our senior team has 30-plus years of experience working with some of the most well-known restaurants, food & beverage products, chefs, and cookbook authors (as well as the rising stars in the industry), including 12 years with the Thomas Keller Restaurant Group.

Melissa Welles has established herself as one of the premier media specialists in food, beverage, and hospitality public relations. Over the last 25 years, she has executed many highly successful national media campaigns and worked with numerous noteworthy brands and restaurants.  She spent 12 years with The Thomas Keller Restaurant Group overseeing the opening and ongoing media relations for The French Laundry, Bouchon, Bouchon Bakery in Yountville and Las Vegas, and Per Se in New York City. While with TKRG, she also oversaw the media launches for The French Laundry Cookbook and Bouchon Cookbook.  She has solid relationships with local, regional, and national press, and takes great care in cultivating and maintaining those relationships. Her extensive knowledge and connections include a larger network of food, beverage, hospitality, and sustainability industries, and longstanding contacts in the print, online, broadcast radio/TV, and high-profile food event spaces.
‍
Growing up in the Los Angeles area with parents who worked in the food industry, she was instilled with an appreciation and passion for the culinary world. She later moved to Northern California to attend U.C. Berkeley and now lives in Marin County.

Tara Blazona got her start in restaurant PR in 2008 at San Francisco’s Rivera Public Relations. As the Bay Area was coming into its own as a culinary destination, Tara was working with some of the city’s most talked about restaurants like Beretta, Dosa, and Mamacita. From there, she joined Kristen Green PR, a consultancy focused on winery and hospitality clients. She worked with many of the wineries in the Constellations brand portfolio and also branched out into book publicity. In 2011, she joined Postcard Communications, where she worked with emerging artisanal food and spirit companies, cookbooks, and more than 30 restaurants in the Bay Area, New York, and beyond. In early 2015, she left food and restaurant PR to launch a furniture startup with her husband called BenchMade Modern. But just a year later, she felt the pull back to her true passion — food — and began working with Melissa Welles. In 2017, they rebranded Melissa Welles PR as Quoted PR.

A true Southerner at heart (raised in Jackson, Mississippi) she has a deep appreciation for food history and culture and has a passion for exploring regional and global cuisines. She is a graduate of the University of Georgia’s Grady College of Journalism and Mass Communication where she earned a degree in Public Relations.

Stephanie Amberg is a social media marketing expert and food writer from Marin County. A passionate storyteller, Stephanie has a variety of experiences that contribute to her approach to digital media in the food world, including apprenticing in a creamery and writing for Edible Marin & Wine Country. After graduating valedictorian from the American University of Paris with a Masters degree in Global Communications, she was named social media content lead for Procter & Gamble beauty brands at BBDO Proximity Paris, where she gained agency experience before deciding to strike out on her own. Upon moving back to the States, Stephanie began working with clients in the food, wine & spirits industries and currently manages content creation, strategy, and social media marketing.

Yasemin Sussman knew she wanted to work in lifestyle and hospitality PR after studying and living abroad in Florence, Italy in 2005, where she was drawn to the culinary and travel world.  Yasemin brings more than ten years of experience to her work as a public relations consultant.  She works with a variety of brands to support public relations efforts, including media relations, message development, event management, and partnership outreach.

Yasemin spent many years working at one of the top hospitality PR firms in the Bay Area, Andrew Freeman & Co. where she worked both full-time and as a consultant.  While at af&co., she managed openings for high-profile restaurants and ongoing public relations campaigns for a variety of restaurants, hotels, and food and wine events, including SF Chefs, San Francisco’s Food, Wine & Spirits Festival (Eat Drink SF) and the James Beard Foundation Taste America event in San Francisco. During her time as a consultant, she worked with Project Juice, DOSA, Hopscotch, Itani Ramen, and others. Prior to consulting, Yasemin worked at Hill+Knowlton to lead the public relations campaign for the opening of EVEN Hotels, the first wellness lifestyle hotel in the US created by IHG and marketed to serve travelers' holistic wellness needs. 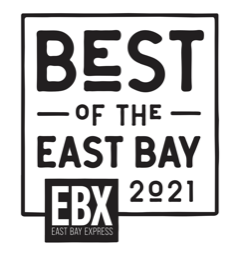